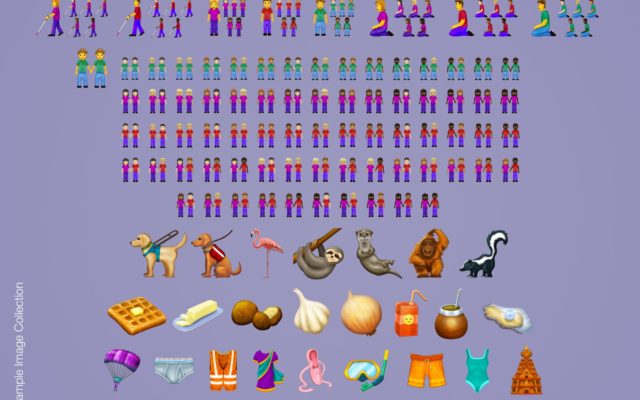 A few weeks ago, the Unicode Consortium . . . which is the group that’s in charge of the official set of emojis . . . announced 117 new ones that we’ll see on our phones later this year.

So which ones are people excited about?

The website Emojipedia analyzed people’s discussions about the new emojis on Twitter to see which ones people are and aren’t talking about.

The five that people are the most excited about are:  The “pinched fingers” Mafia don gesture . . . the transgender flag . . . the smiling face with tears . . . bubble tea . . . and the anatomically correct heart.

(You can see the full rankings toward the bottom of this page, and here’s a picture of all the new emojis.)