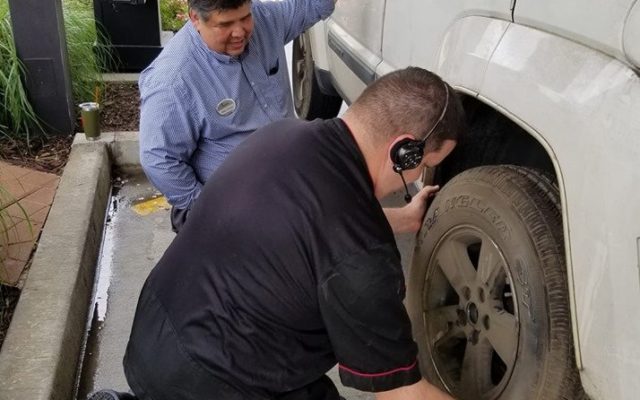 This is an unexpected level of customer service right here . . .

A guy named Brian Hall was at a Chick-fil-A outside Chattanooga, Tennessee earlier this month.  And while he was sitting in the drive-thru lane, he realized he had a flat tire.

It’s not clear if he ran over something in the parking lot, or what.  But he didn’t have to worry about it . . . because two Chick-fil-A EMPLOYEES handled it for him.

They came outside with their OWN hydraulic jack . . . put his spare tire on for him . . . and he posted a photo of it on Facebook.

They also brought him his food while he waited.  But it got cold while they were all dealing with the tire.

So before he left, they replaced it with fresh food and tossed in two free cookies for him.