Back Sleepers Fall Asleep the Fastest, but Side Sleepers Sleep the Most 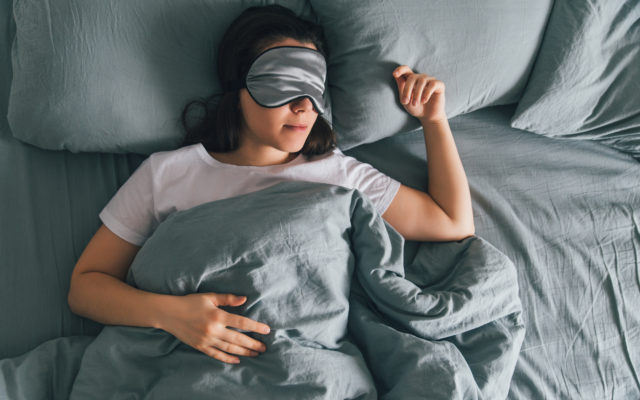 Do you sleep on your back, side, or stomach?  And is one position better than others?

A new poll looked into which position works best, and people who sleep on their back fall asleep the FASTEST.  But side sleepers get the MOST sleep.  Here’s what they found out about each position . . .

1.  “Back sleepers” take an average of 20 minutes and 6 seconds to fall asleep.  But they only average 5 hours and 17 minutes of sleep a night.  They’re more likely than anyone else to describe themselves as “early birds.”  But they also sleepwalk and talk in their sleep the most.  And they have the most nightmares.

2.  “Side sleepers” take 23 minutes and 53 seconds to fall asleep.  So almost four minutes longer.  But they get 5 hours and 47 minutes of sleep a night . . . an extra 30 minutes.  And they’re the most likely to describe themselves as “night owls.”

The survey also found the three most frustrating parts of sleeping with a spouse are when they get up in the middle of the night . . . when they toss and turn . . . and snoring.