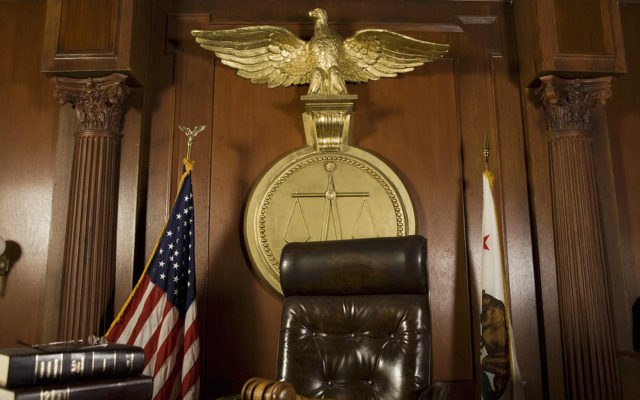 This sounds like the perfect mix of incompetent bureaucracy and modern entitlement.

A woman named Jodie May from Grandville, Michigan took away her 15-year-old daughter’s iPhone back in April after the girl got in trouble at school.

The girl told her father . . . who’s divorced from Jodie . . . and he called the COPS to report it as theft.  And he implied it was HIS phone that Jodie had taken.

The cops came and arrested Jodie . . . which included cuffing her, separating her from her four-week-old baby, and keeping her in jail for two hours.  The prosecutors charged her with two counts of larceny, which could get her six months in prison.

And apparently there was NEVER a point where they were willing to just pause for two seconds to listen to her tell them the reason she had the phone is because she’d confiscated it from her daughter as punishment.

So this actually went to TRIAL last week.  Fortunately, sanity prevailed a few minutes into the trial, when the judge found out it was just a mom punishing her daughter and immediately dismissed the charges.