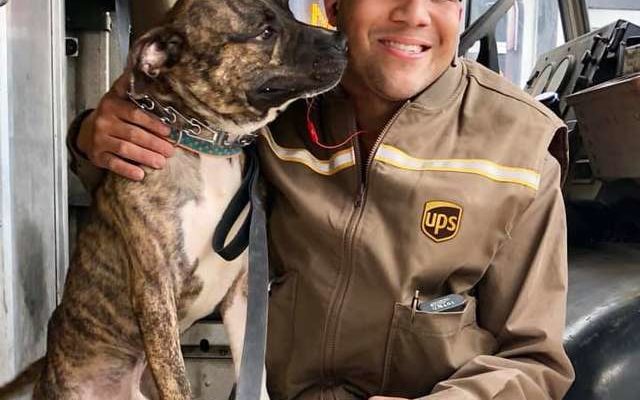 Sure, YOUR dog might hate the mailman.  But that doesn’t mean every dog does . . .

Jason Coronado is a UPS driver in Grand Island, New York, just outside Buffalo.  And back in October, he was delivering to an animal shelter when a pit bull-terrier mix named Ernie ran over and jumped in his truck.

It sounds like Jason’s never been a huge dog person.  He didn’t have any dogs and didn’t plan to get one.  But Ernie just sat there in the truck and didn’t want to leave.

So that night, Jason went home and talked to his family about it.  And last Friday, they ADOPTED him.

Apparently he likes being with Jason more than anyone, and follows him around the house all the time.