How Many Times Can You Use a Towel Before Washing It? 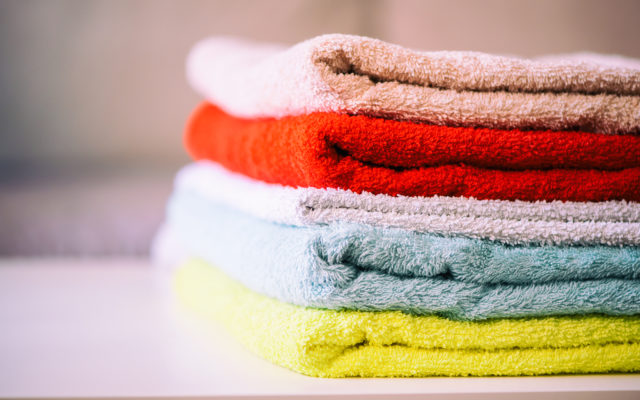 How many times do you use a towel before you wash it?  Once or twice?  Maybe all week?  Or do you just wait until it starts to STINK?  Well, someone asked an expert.  And the magic number is . . .THREE.

That’s the maximum number of showers you should use the same towel for.  Then it’s time to wash it.  Here’s why . . .

Bacteria and mold start growing each time a towel gets damp.  Hanging it up to dry slows the process down, but doesn’t stop it.

Once you’ve used the same towel three times, it hits a tipping point.  And after that, you’re basically rubbing bacteria and mold all over yourself.

Three showers only applies if you hang it up to dry right after you use it though.  If you toss it on the floor and hang it up later, it stays wet longer.  So you might only get one or two uses out of it.

Washcloths are different though because we don’t just use them to dry off.  When a towel gets soaked, it takes a lot longer to dry.  Which gives mold and bacteria more time to grow.  So washcloths should really only be used once.