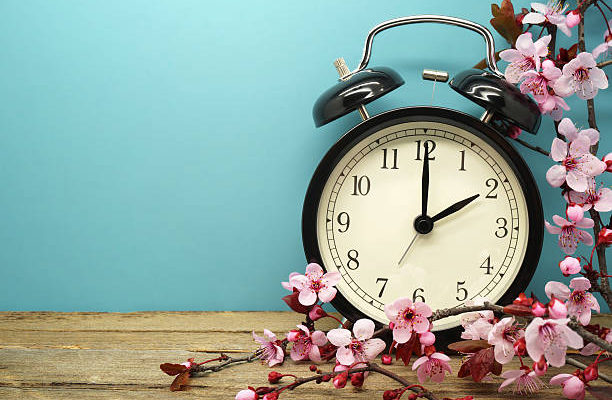 Daylight Saving Time starts on Sunday, so we lose an hour of sleep this weekend.  If that wasn’t bad enough, here are four OTHER ways it might affect you.

2.  There are more car crashes.  On average there’s an 8% increase in traffic accidents in the days after we lose an hour of sleep.

3.  You’ll waste more time on the internet.  A study found that on the Monday after the shift to Daylight Saving Time, employees spent more time procrastinating and wasting time on the Internet at work.

4.  Your stress levels may increase.  In a study, people’s cortisol levels rose when the sunrise time was pushed back an hour.  On average, there was a 5% increase in stress levels.

That might not sound like much, but it could have serious effects depending on your job.  For instance, a group of psychologists found that JUDGES were more likely to give harsher sentences after losing an hour of sleep.  So hopefully you don’t need to go to court next week.

24% of People Say They’ll Adjust Instantly to the Time Change . . . Most of Us Take a Lot Longer

A new survey asked people how long it takes them to adjust to the time change.

And a hearty “go to hell” goes out to the 24% of people who say they adjust INSTANTLY with no issues at all.

The survey also found 63% of people would be fine getting rid of the time changes and just keeping things the same all year long.

Oh . . . and 3% of people still have clocks they didn’t bother to change for the last time change in the fall.