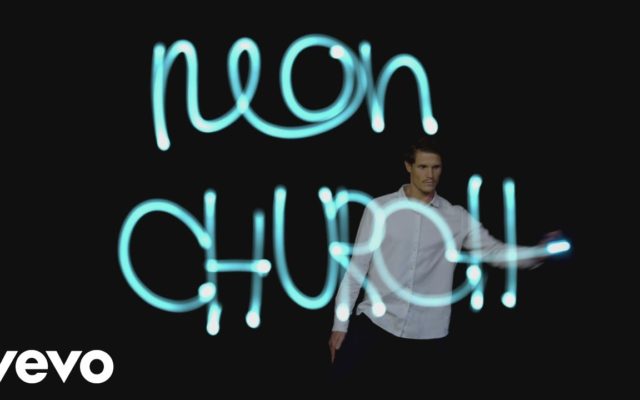 In the clip, Tim sings his latest hit while sitting on a church pew, juxtaposed against a neon sign, as a traveler arrives in a small town. Along the way, we meet some of the residents of the town, who eventually gather in a bar.

“The song has a lot of grit, and there’s a darkness to it,” Tim explains. “So we wanted the video to carry some of that darkness and moodiness.”

“We’re all a little broken, but that doesn’t mean we don’t each carry some light,” he adds, hinting at the video’s close.

You’ll want to be sure to stick around until the end of the “Neon Church” video, because there’s a pretty dramatic surprise in its last moments.