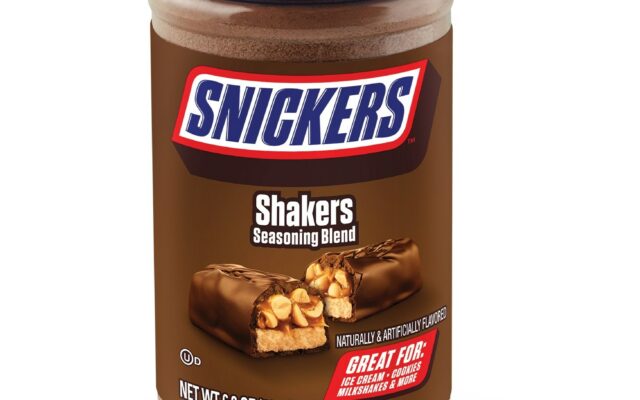 A new seasoning blend that makes everything taste like SNICKERS is being rolled out to stores nationwide this month.

The Mars candy company partnered with a condiment brand for it.  Each jar is filled with around seven ounces of Snickers in powder form.

It’s supposed to be for things like ice cream, milkshakes, pancakes, and frozen yogurt.  So it’s mostly a dessert thing.  (But hey, toss it on your spaghetti and let us know how it goes.)

This isn’t the first time a candy has been turned into a seasoning.  The same brand released a Twix version last year.  And before that, they did a Cinnamon Toast Crunch one called Cinnadust.

The Snickers version should be available everywhere by the end of the month.