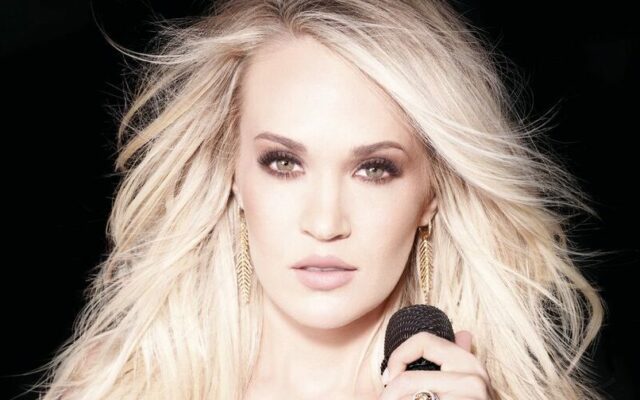 If you remember all of these, you’re WAY too into celebrity culture:  Someone posted a list of famous relationships you might have forgotten about.  Here are a few country music stars who’ve dated celebrities . . .

1.  Carrie Underwood and Tony Romo.  They dated for a few months in 2007, and then she rebounded with Chace Crawford from “Gossip Girl”.  She eventually got together with NHL star Mike Fisher and married him in 2010.

2.  Lorrie Morgan and Troy Aikman.  They dated in the early ’90s when he was playing for the Cowboys.  She’s been married to a guy named Randy White since 2010 . . . her SIXTH marriage.

5.  Dwight Yoakam and Sharon Stone.  They briefly dated in 1992, and she said later that kissing him was like eating a “dirt sandwich.”  He also had a thing with Wynonna Judd in the ’80s, and dated Bridget Fonda in the early 2000s.

6.  Tanya Tucker and Don Johnson.  They dated for a while in the late ’70s, in between the TWO times he was married to Melanie Griffith.  Tanya’s still never been married.  But back in the day, she was linked to Merle Haggard, Glen Campbell, and Andy Gibb from The Bee Gees.