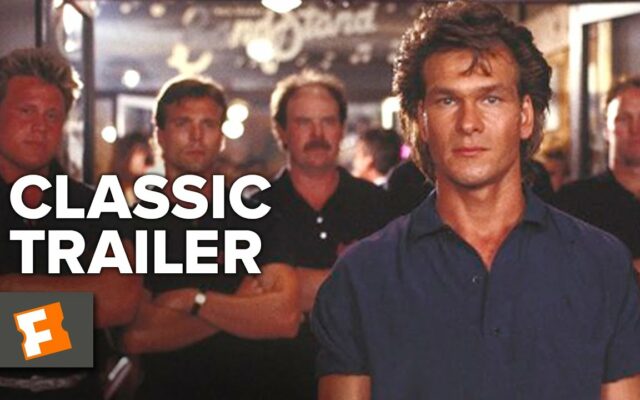 1.  Jake Gyllenhaal will star in a remake of “Road House”, which is being produced to stream on Amazon Prime.  The original came out in 1989 . . . and starred Patrick Swayze as a bouncer, who has to clean up a rowdy bar.

In the new version, Jake will play a former UFC fighter who, “takes a job as a bouncer at a rough-and-tumble roadhouse in the Florida Keys, but soon discovers that not everything is what it seems.”  It’s too soon to say when it might premiere.

2.  Selena Gomez is producing a reboot of the ’80s comedy, “Working Girl”.  The original came out in 1988, and starred Melanie Griffith, Sigourney Weaver, Joan Cusack, and Harrison Ford.

The movie is expected to premiere on Hulu, but it’s still a long way off.  There aren’t even any details on how similar the plot will be . . . or who may star in it.  For now, Selena is only being mentioned as a producer.

3.  If you haven’t heard, there’s a new “Exorcist” TRILOGY in the works, and Ann Dowd has just joined the cast.  You might know her from “The Leftovers” and “The Handmaid’s Tale”.  The rest of the cast includes:  Leslie Odom Jr. and Ellen Burstyn, who’s revisiting her role as Chris MacNeil.