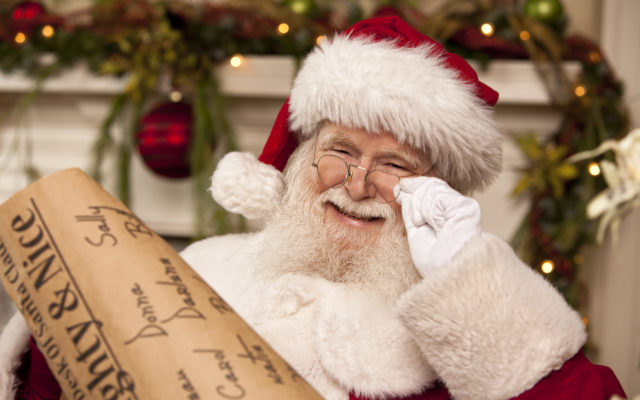 With all the stories about passengers attacking flight attendants, this sounds about right:  One in four adults think they belong on Santa’s NAUGHTY list this year.

26% of Americans say they’ve been naughty . . . but most still expect to get gifts anyway.  Around 80% think they deserve presents.  And there’s a pretty good chance they’ll at least get one . . . from THEMSELVES.  (???)

74% of Americans say they’ll buy themselves at least one gift this year.  And most people think they give themselves the BEST gifts.

76% say they’re the best gift givers when it comes to their own gifts . . . 24% think other people buy better stuff.

That said, only one in four people would rather give people a list of everything they want and NOT be surprised.  So just the excitement of not knowing DOES count for something.