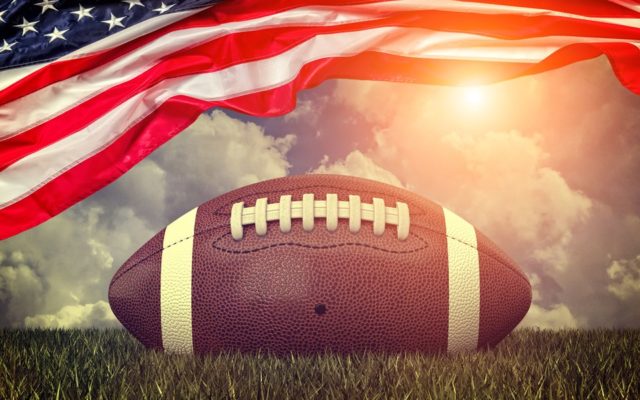 PRESIDENT TRUMP recently tried to settle the National Anthem protest by asking NFL players to give him a list of people who have been mistreated, and who should be considered for a pardon.

Yesterday, a group of players responded with an op-ed in the “New York Times”, but they said the problem is more complex than just issuing a few pardons.

Instead, they asked him to use his position and executive powers to bring about wide-reaching change that will benefit a larger group of people.

Quote, “[A] handful of pardons will not address the sort of systemic injustice that NFL players have been protesting.  These are problems that our government has created, many of which occur at the local level.  If President Trump thinks he can end these injustices if we deliver him a few names, he hasn’t been listening to us.”

The op-ed was signed by four players . . . three who are currently in the league:  Doug Baldwin, Malcolm Jenkins, and Benjamin Watson . . . plus Anquan Boldin, who’s retired.

(They also took their message to social media.  Here’s a video that Anquan posted.  Here’s one from Malcolm, as well as one from Chris Long.)

(Regardless of what side of the National Anthem debate you’re on, this is good news. Progress can’t be made without an open dialogue, and President Trump asked what he could do. The players are responding.)

Mr. President your power to change the lives of people for the better is massive. We hope you will use it, not just for a few, but for many. How can many more people like Alice Johnson be considered? @realDonaldTrump #justice READ: https://t.co/5ti37WA0JN

.@realDonaldTrump because you asked… An op-ed from our @playercoalition and my more personal thoughts on pardoning a population, not just a few. Even if all these pardons were carried out, reform is needed. (THREAD) pic.twitter.com/2ghzR6sJj7