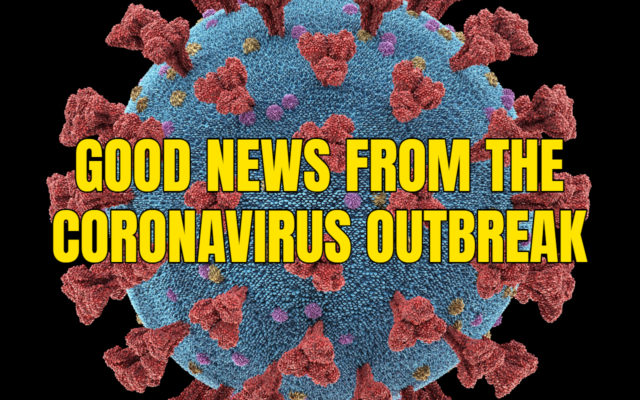 1.  Most Meals on Wheels volunteers are over 55.  Meaning they’re in a higher-risk age group.  So COLLEGE KIDS have stepped up in a big way to fill in and make deliveries.

2.  A lot of people are live streaming church this Sunday, but a pastor in Huntsville, Texas flipped the script.  He wanted to be able to see people during his sermons.  So he printed out photos of 200 church members and taped them to the pews.

3.  Seán McLoughlin is an Irish gamer who goes by the online name Jacksepticeye.  On Tuesday, he organized an online fundraiser where influencers and gamers helped raise money for three coronavirus charities.  His live stream alone brought in $659,000 in donations.  And overall, they raised $1.7 million.

4.  Over half of Americans are doing things to support local businesses right now.  A survey found 59% of us have spent money at local stores and restaurants in the past two weeks, specifically to help them stay afloat.

5.  There’s a bar in Tybee Island, Georgia called The Sand Bar that’s famous for papering its walls with $1 bills.  So the owner and some friends spent three days taking them all down, then gave the money to employees.

They ended up with almost $4,000, and each employee got 600 bucks.  But one said they didn’t need the money.  So they gave it to another coworker to help pay her rent.