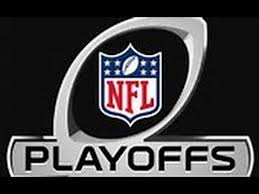 The Minnesota / New Orleans game last night was probably the best playoff game of the weekend . . . and it came down to the last play.

Just when it looked like the Vikings were going to run out of time, Case Keenum found Stefon Diggs for a 61-yard touchdown as time expired, which put them up 29-to-24.  Everyone went nuts, and the Saints retreated to the locker room.

But even though it was moot, the officials forced everyone back on the field, because when you score a touchdown to win the game in regulation, you HAVE TO line up and snap the ball . . . even if there’s no time left on the clock.

But it took more than EIGHT MINUTES to get the Saints back out onto the field, and at that point, the Vikings didn’t want to rub salt in the wound, so they just took a knee instead of kicking, meaning that the final score was 29 to 24.

The interesting thing is:  The betting line was the Vikings by 5.5 points at a lot of sportsbooks . . . meaning that the extra point would decide who won and who lost.

So, gamblers FREAKED OUT, on both sides, when they saw that the Vikings weren’t going to kick and would just take a knee.  Without the point, they won by 5, so gamblers who bet on the Saints won.

(Here’s the reaction at one sportsbook.  We didn’t hear any profanity, but there’s so much noise it’s hard to tell.  Here’s the game-winning play . . . and here’s the play set to the “Titanic” song, as the Internet likes to do.)

In the other playoff game yesterday, the Jacksonville Jaguars out-gunned the Pittsburgh Steelers.  And on Saturday, the New England Patriots dismissed the Tennessee Titans, and the Philadelphia Eagles took out the Atlanta Falcons.

Next week, the Vikings will take on the Eagles for the NFC championship, and the Patriots will have to deal with the Jaguars in the AFC.  Of course, the winners of those games are going to the Super Bowl.