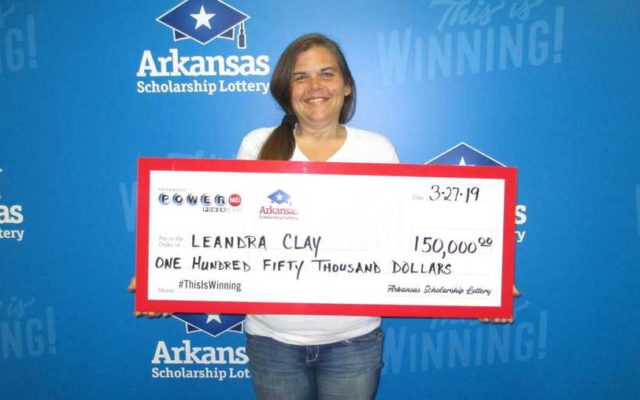 Well this couldn’t have come at a better time . . .

A woman in eastern Arkansas named LeAndra Clay lost her house in a fire about a month ago.  And she’s been living in a shed without any electricity since then.

But last week, she came forward after hitting the lottery for 150 GRAND.

She matched four out of five numbers in the Powerball drawing, plus the Powerball number.  Which would have been $50,000.  But she paid $1 extra for a Power Play, which multiplied her winnings by three.

She says her first thought when she found out was God really showed up “on time” for her.

She’s planning to donate some of her winnings to her church.  And she’ll use the rest of it to buy a new house, and a new car.