A Sixth Grade Teacher Told a Student to Invite Her to Her Harvard Graduation Someday . . . and Two Decades Later, It Happened 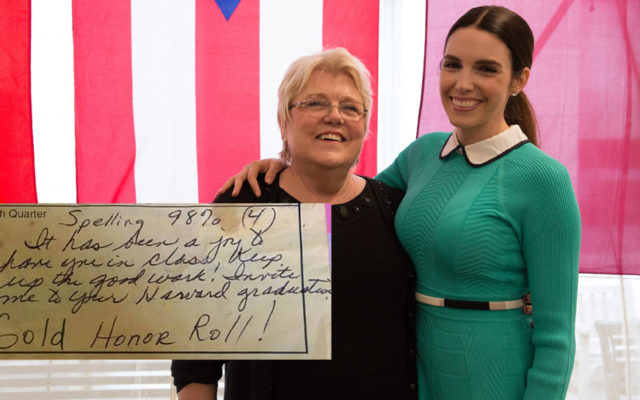 Back in 1997, Christin Gilmer was a 12-year-old sixth grader in Yuma, Arizona.  And she had a great teacher named Judith Toensing who always encouraged her, because she knew how smart she was.

On her last report card, she even wrote a note about how Christin would end up graduating from HARVARD one day, and told her to invite her to the ceremony.

The note meant so much to Christin, she kept it for over TWO DECADES.  She says it was the first time anyone other than her parents believed in her that much.

And now 21 years later, Christin just got her DOCTORATE in public health last week . . . from HARVARD . . . and Judith was there to see it.

School administrators invited her after they found out about the note.  And they paid for her whole trip.  Then the dean talked about her in her speech and told the whole story.

The speech also included a shout-out to Judith for inspiring young people to do great things.  And the dean asked her to, quote, “keep sending students our way.”