A Runner Who Wrote “Jesus Saves” on His Race Bib Collapsed and Was Saved . . . by a Guy Named Jesus 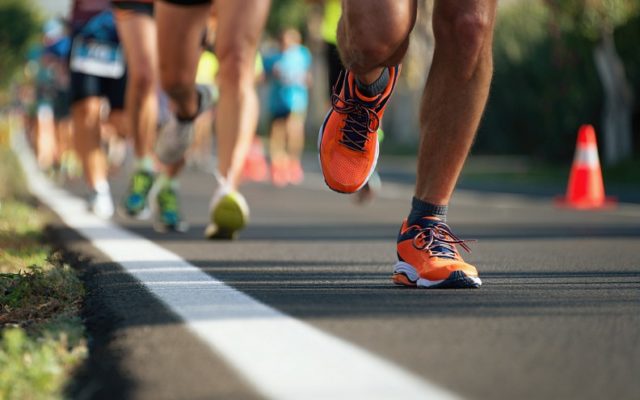 There are some coincidences that are SO crazy, you’ve got to chalk them up to divine intervention.  And this is DEFINITELY one of ’em.

A 25-year-old guy named Tyler Moon from Eden Prairie, Minnesota was running in a 10-mile race earlier this month in Minneapolis.  And instead of having his name printed on his bib, he had it say “Jesus Saves.”

Well, around the eighth mile of the race, Tyler COLLAPSED.  It turned out he had an undiagnosed irregular heartbeat, which caused him to have a HEART ATTACK.

Literally.  A 43-year-old guy named Jesus Bueno from Lakeville, Minnesota was running behind him.  And Jesus is a registered nurse.  So he stopped running, told someone to call 911, and started performing CPR on Tyler.

He kept Tyler alive until the paramedics got there, and they used a defibrillator to get Tyler’s heart back into its regular rhythm.

Tyler wound up breaking five bones in his face when he fell, but he says he feels grateful to be alive . . . and thankful to Jesus and all the other strangers who helped save his life.

A Scream Prank Causes a Chain Reaction of Screams

The Average Parent Will Let Their Kid Hit 25 Houses on Halloween, and Steal Five Pieces of Candy