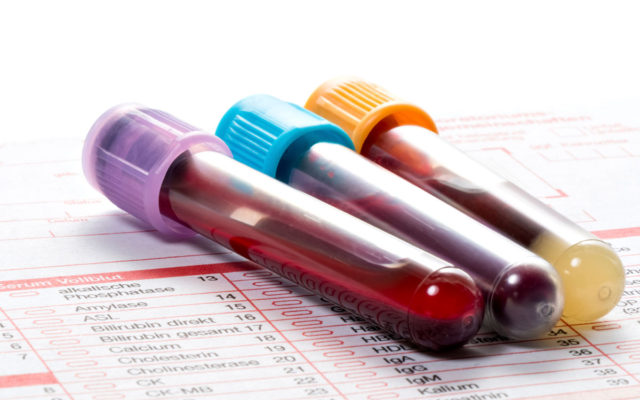 This would be huge if it really does pan out.  Because it would make it a whole lot easier for doctors to catch cancer early, when it’s easier to treat . . .

A new study led by researchers at the Taussig Cancer Institute in Cleveland was able to detect cancer in people just by doing a simple BLOOD test.

They did it by scanning people’s blood for tiny pieces of DNA that get released by cancer cells and end up in your bloodstream.

They’re presenting more results from the study at a conference in Chicago today.  And there will need to be more studies to see just HOW early on it might work.

But the idea is that someday soon, you could have your blood scanned for signs of cancer as part of a normal physical.  And your doctor could find it well before you even have any symptoms.