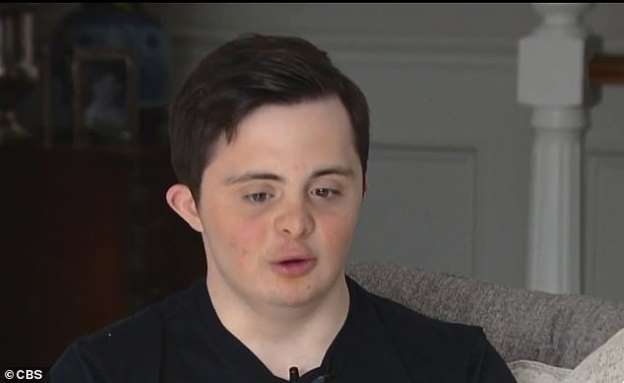 There’s a high school junior near Denver named Andrew Regan who has Down syndrome.  (Pronounced REE-gan.)  But he’s also an athlete.

His high school has a “unified” basketball team, where differently abled kids play together in a less competitive environment.  Which is awesome.

Anyway, a video of Andrew is going viral after he snagged a rebound in a game last Friday . . . and hit a buzzer beater from HALF COURT.

His teammates and coaches went nuts.  It was only the third quarter, so it wasn’t a game winner.  But it’s the kind of thing most of us dream of doing.  And he got to do it for real.

It wasn’t just luck either.  A friend who volunteers on the team says Andrew practices that shot all the time in his driveway.  So when he drained it in the game, it didn’t really surprise him that much.

Andrew’s been loving all the attention this week.  The local news interviewed him, and he took time out to thank people for all the likes he’s been getting on Twitter.   (CBS Denver / USA Today)

And here’s a news story from CBS Denver: