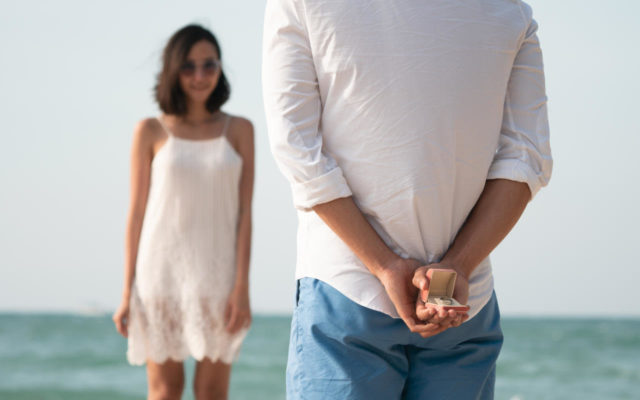 What do you do if you want to stage an elaborate proposal for your significant other . . . but you’re the kind of person who doesn’t plan big, elaborate things?

There’s a 30-year-old guy named Edi Okoro in Herefordshire, England who figured out an answer.  He got an engagement ring for his girlfriend, Cally Read, then took pictures for a month of “proposals” . . . without her realizing it.

Quote, “The idea was to take as many photos, in more daring scenarios, until I found the perfect moment to propose, or until I got caught, at which point I would propose.”

And after a month of him taking selfies with the ring while her back was turned, while she did stuff around the house, and even while she slept . . . he finally proposed for real last week and showed her all of the pictures.

And now he put the pictures and their story up on Facebook . . . and they’re going viral.