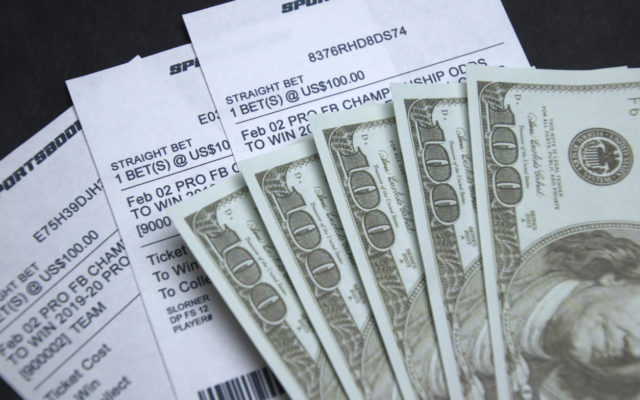 Most people only do stuff they REGRET when they’re drunk.  Wouldn’t it be great if the opposite happened?

A guy from Minnesota named Derek Bergee was in Vegas last week, and got HAMMERED.  He was hanging out at the Planet Hollywood casino, and drank so much he blacked out.

But he was still up around 7:00 A.M., and wanted to do some gambling.  So he put $100 down on a CRAZY parlay bet that involved three different sporting events.

He placed two different bets on a huge underdog to beat the favorite in the NCAA hockey tournament.  He bet they’d win, and placed another bet that the combined score would be six goals or less.

He also bet the Minnesota Timberwolves would beat the Golden State Warriors, which was unlikely.  And he picked the Minnesota Wild to beat the Vegas Golden Knights in the NHL.  And all four bets had to hit, or he’d lose the hundred bucks.

Right after he placed the bet, he went back to the Holiday Inn where he was staying, passed out, and missed all of the games.  Then he woke up later . . . didn’t even remember placing the bet . . . and found out he’d won over 26 THOUSAND DOLLARS.

He says the casino told him it’s the biggest four-leg parlay win they’ve ever had.