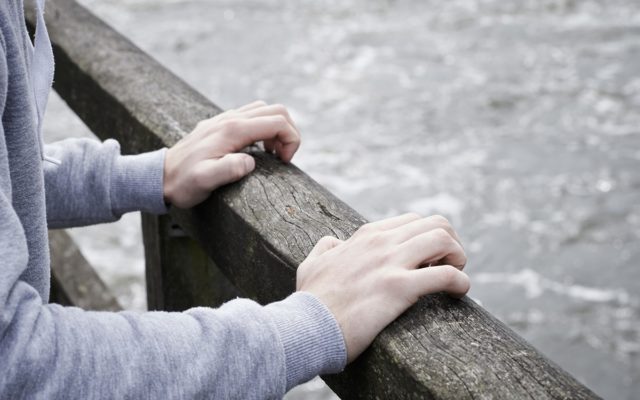 This is heavy stuff for middle schoolers.  But they stepped up and stopped it from becoming a REALLY tragic story . . .

A 47-year-old woman in Fresno, California was about to jump off a bridge last Thursday.  But luckily, 12 members of a middle school volleyball team were jogging by and saw her.

They were about 50 yards away when they saw her climb over the railing.  So they ran back to get their coach and had him call 911.  Then he told them to run back to the bridge and try to distract her.

By then, she was actually DANGLING from the bridge, and only holding on with one hand.  So they all started chanting, “Stop, your life is worth it,” and kept talking to her for another ten minutes.

She eventually managed to pull herself back up, then police showed up.  They put her on a 72-hour hold and got her some help.

The coach says she must have heard the kids yelling, and couldn’t bring herself to do it while they were watching.  He thinks that’s the only reason she didn’t jump.

Is there a Good News Story we should know about and share with everyone? We'd love to hear it! Just give us some details and a way to contact you and we'll feature it as one of our Good News stories of the day.