A Couple Weds at a Hospital, so the Groom’s Grandmother Can Be There 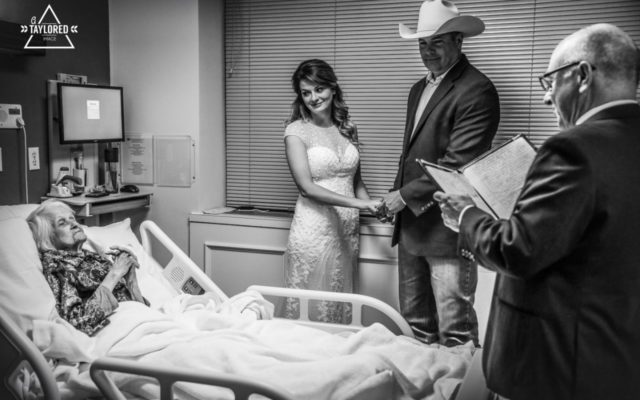 A couple in northern Texas named Sky Howard and Clay Cameron were planning to get married later this year, on New Year’s Eve.  And they were hoping Clay’s grandmother Charlotte could be there.

But’s she’s a HUNDRED years old, and her health has been going downhill lately.

So they decided to move up their wedding date.  And late last month, they got married in her HOSPITAL room, just so she could be there to see it.

They didn’t want to stress her out.  So they kept it a secret and made sure it was as small as possible.  Sky’s mom was there, and a close friend married them.  The only other guest was Charlotte.

Clay says she’s always been the matriarch of her family.  And she loves it when he wears a suit.  So he really wanted her to be there.

Apparently they’re still planning to have their other wedding on New Year’s.  But this one was just as important to them.  And they posted some pretty great photos of it online.