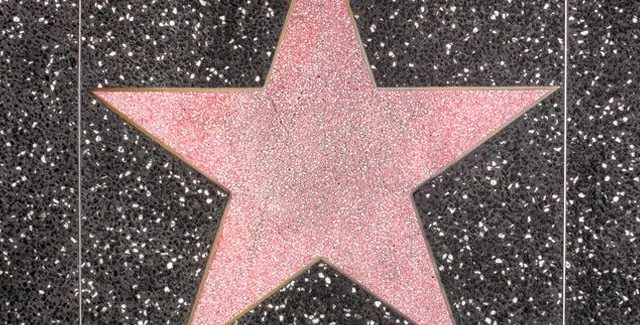 If you’ve ever been to Hollywood, it feels like EVERYONE who’s even remotely famous has a star on the ‘Walk of Fame.’  There are even plenty of “stars” who you’ve NEVER heard of.

The Walk of Fame has more than 2,600 stars.  But, there are actually a lot of big name celebrities who do NOT have one yet.  Here are some of them:

4.  Julia Roberts.  She turned down the honor.

5.  Clint Eastwood.  He also turned it down.

6.  Bruce Springsteen.  The Boss accepted his star, but then never set a date for the ceremony.  The Walk of Fame committee has a rule that an honoree must have a ceremony within five years of accepting the prize.

7.  Denzel Washington.  Accepted the honor, but never scheduled a ceremony.

10.  Brad Pitt.  Believe it or not, he was somehow never nominated.

(Unfortunately, he’s never going to live that down.)

22.  Kanye West.  Maybe the Walk of Fame committee doesn’t want to hear a 55-minute rant about how the fashion industry doesn’t respect him as an artist.

29.  Dan Aykroyd.  His Blues Brothers partner John Belushi DOES have a star.

To get a star, a celebrity must be nominated by someone . . . anyone.  Then the celebrity must accept it.  The committee gets hundreds of nominations every year, and chooses 30 or so to be honored.

The celebrity must agree to schedule a public ceremony, AND must also pay $40,000 for the star and future upkeep and stuff like that.

Technically, the person or group that NOMINATED the celebrity is on the hook for that . . . but apparently, the celebrities often end up paying . . . so maybe that’s why some turn it down.  (For more info, hit up this link.)